Today's the day! I'm seventeen and, as promised, I'm hosting a giveaway. There are two prizes up for grabs, both of which I acquired at YAK Fest 2014. 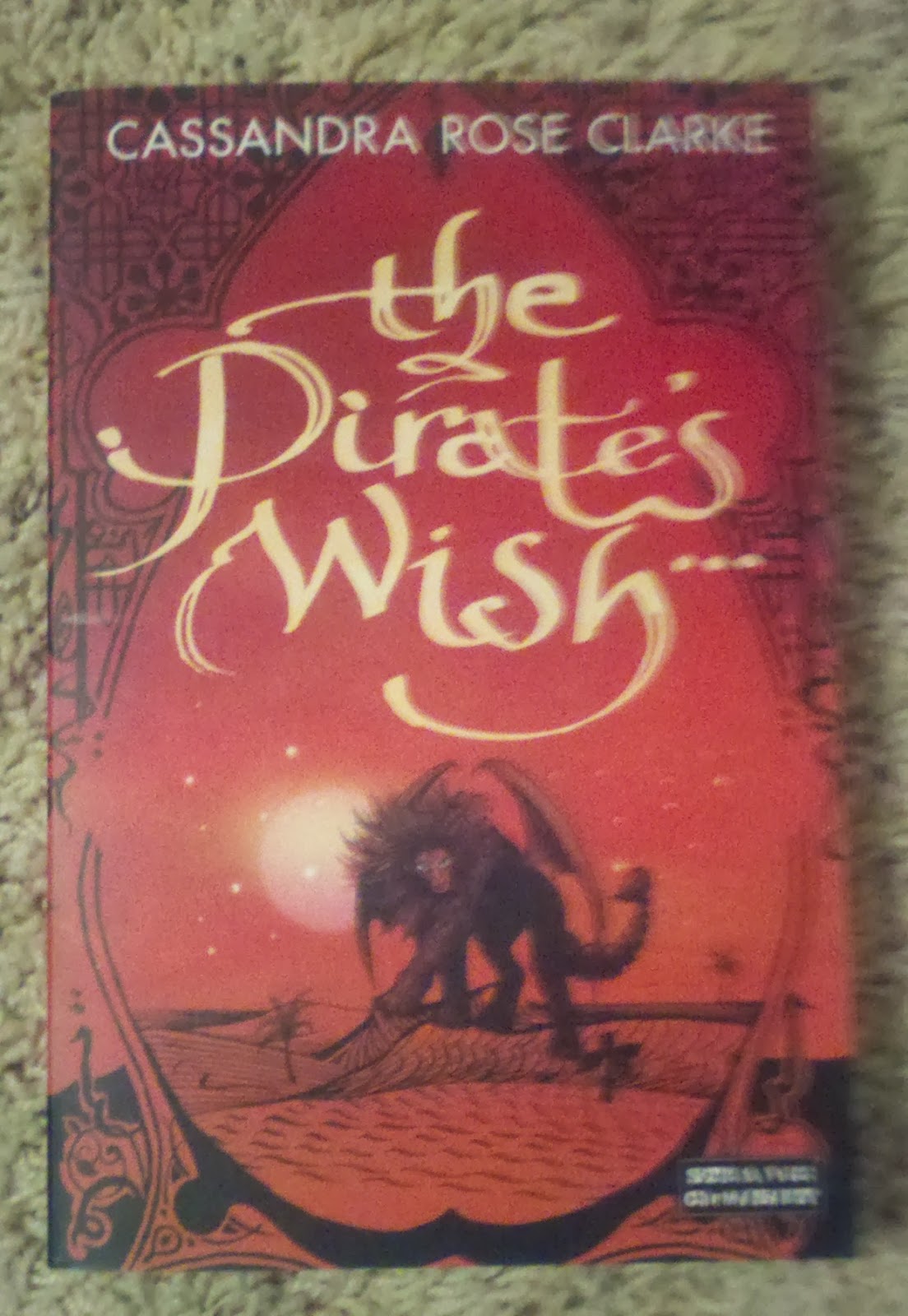 After setting out to break the curse that binds them together, the pirate Ananna and the assassin Naji find themselves stranded on an enchanted island in the north with nothing but a sword, their wits, and the secret to breaking the curse: complete three impossible tasks. With the help of their friend Marjani and a rather unusual ally, Ananna and Naji make their way south again, seeking what seems to be beyond their reach.

Unfortunately, Naji has enemies from the shadowy world known as the Mists, and Ananna must still face the repercussions of going up against the Pirate Confederation. Together, Naji and Ananna must break the curse, escape their enemies — and come to terms with their growing romantic attraction.

Christina from Christina Reads YA was kind enough to write a short review of the book for me. If the summary hasn't quite sold you, perhaps her opinion will. 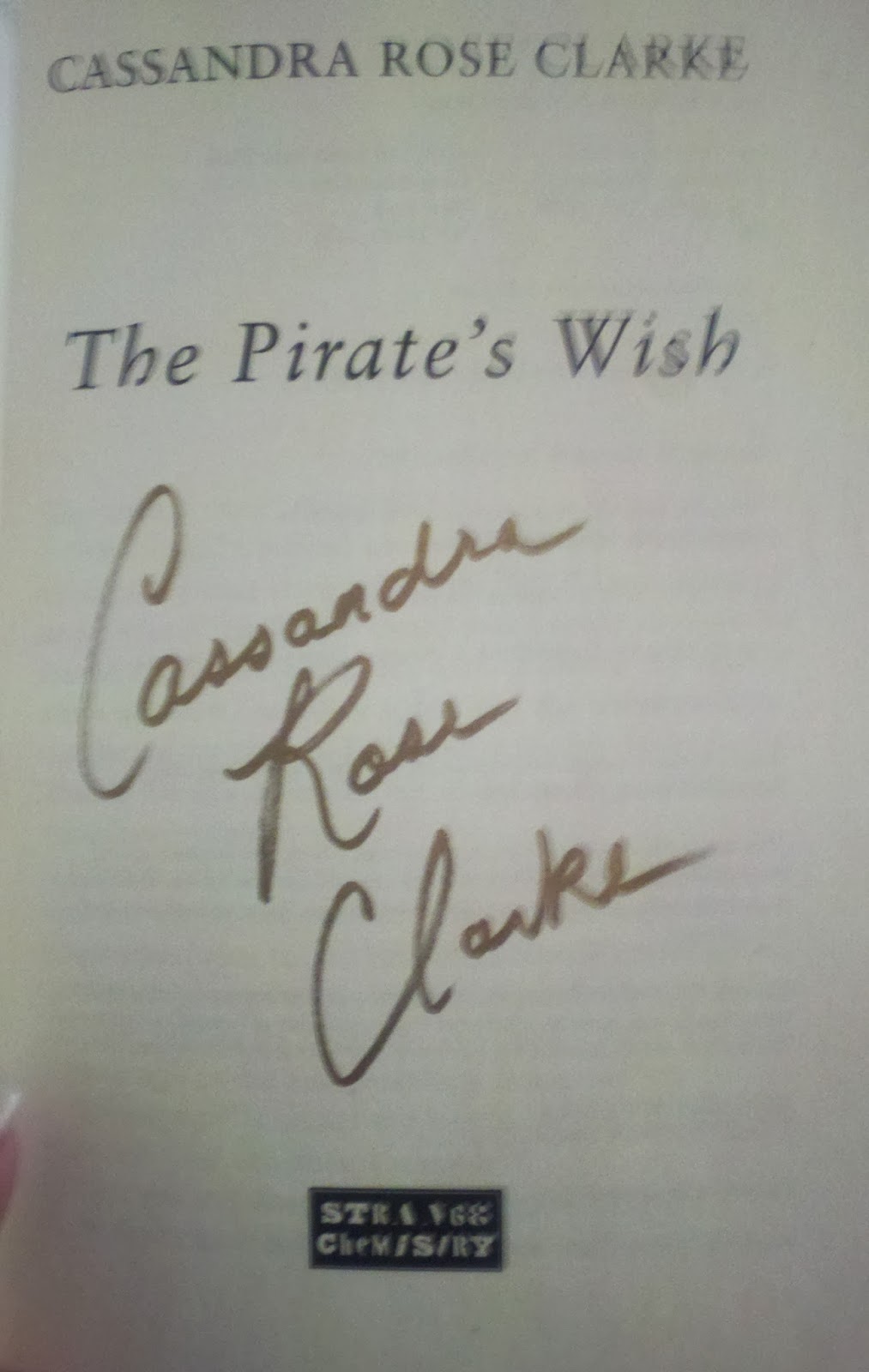 "Cassandra Rose Clarke does a fantastic job at incorporating various fantasy and fairy tale elements while keeping her novel action-packed and full of humor and heart in this sequel to THE ASSASSIN'S CURSE.

"A new character, in the form of a talking manticore, is a lot of fun and propels the plot into unexpected territory. Not only do we get to see Ananna grow a lot because of the leadership position she's forced to assume, but we also get to see a lot more of the world as she and her crew journey to break the curse and more of her soft side as she and Naji learn to open up to one another. Getting slight hints about other places that Clarke has created also makes me eager to read and explore more about the world--and makes me sad to learn that there are no more novels in this series. However, I also thought that Clarke had done a great job keeping this plot confined to a duology, and thus not trying to stretch things too thin. Basically she's done the best of both things: managing her plot well while adding in enough about the world to make me curious for more.

"In the end, I'm disappointed that there are not more light, swashbuckling fantasy adventure series like this. If I had one complaint about THE PIRATE'S WISH, it'd be that I wanted more: more characters, more adventure, more of everything--and certainly that's not a bad complaint at all, huh?" 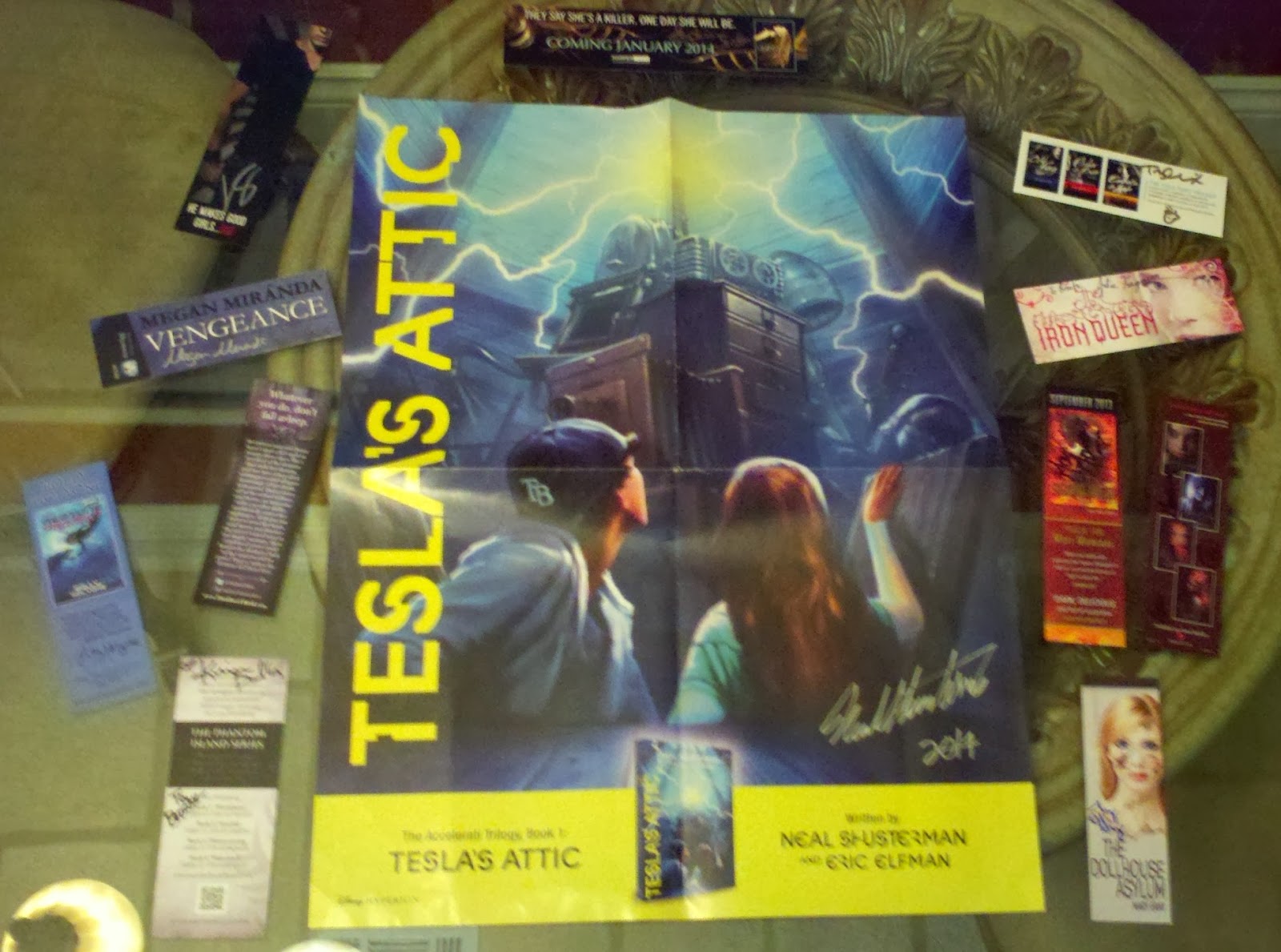 Now, that you've seen the goodies, just follow the instructions on the Rafflecopter widget below to enter. This is a U.S. only giveaway. Good luck!