Making Something Simple Into A Game of Expert Level Minesweeper

I have always had a tendency to 'over think'. It's why I thought an ice box was a freezer. It's why I thought there would be a special way to wrap a pork chop in aluminum foil. It's also why I took something as simple as a meme and turned it into a game of expert level minesweeper.

Huntress (aka CD Coffelt) passed on a meme to me sometime in July. She could not have known what that would do to my 'over thinking' brain. The term 'meme' is what threw me off. Was it like a tag? Was I supposed to answer her questions or make my own up? What was I supposed to do?

My conclusion? Whatever the hell I want, as long as I answer some questions and pass it on.

So, the following is a mix of Huntress's questions (which she made up herself) and the meme that got passed on to her.

Are you a rutabaga?

Am I a brassicaceous plant having yellow- or white-fleshed, edible tuber? No. (definition from Dictionary.com)

Who is your current crush?

I thought Crush was a drink. :)

Upload a heartwarming picture of something that makes you smile. 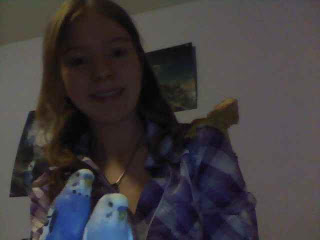 I don't know if it was vine-ripened, but I ate a tomato (or two) with my lunch a few days ago.

Name one habit that makes other people plot your demise.

I tend to rub paper when I read. The noise seems to drive everyone crazy.

What is the weirdest/most disgusting job you’ve ever had to do?

Since I've never had a real job, I'll go with the time I cleaned out Lizzie's oven. After I scrubbed for a bit, the burnt crispies looked like a face!

Where da muffin top at?

Am I even old enough to have one of those?

What author introduced you to your genre?

Seeing as I barely know what my genre is, I couldn't tell you. When I was little, I would read whatever I felt like (whether that involved lost ponies or kids with special powers) until one day I just decided to sit down and write a story about a dragon.

And they tell me I can tag as many people as I want!