I hosted Kaylie Austen on my blog back in March 2012 (here and here). Today she is back again with big news. Her book, RAVENS, has been published! In celebration, I have asked her a question for each letter of her book title. She is also being nice enough to giveaway a signed copy of RAVENS! Rafflecopter at the bottom of the post.

Brooke: RAVENS has had two different publishers. How did having to switch publishers make you feel? What do you suggest for other writers who have problems with their publishers?

Kaylie: Having to make a change like that was worrisome and frustrating, but thankfully RAVENS was picked up quickly by another publisher who had also liked the novel from its early days.

When writers have issues with their publishers, they should always evaluate the issue first and get to the root of the problem. Sometimes fault is with the writer and as a writer, you must be humble enough to acknowledge that and make necessary changes. This is a business, not a right, and that goes both ways. Publishers and editors must also be professional and dependable. Make sure it’s a legitimate issue. If the problem is actually your editor or publisher and not you, then approach that person. They should be willing to discuss things and want to work on it with you. The next step is to contact the head of the department or CEO. If that doesn’t resolve the problem, look at your contract carefully and see if you can retract your rights based on the legal qualifications. Sometimes, and thankfully not my experience, a writer may have to take a serious loss or get into a legal battle. After the storm, you just dust yourself off, gather your confidence and know-how, and move on with another lesson under your belt and become a bit wiser.

B: Are there any big events happening to celebrate the release of RAVENS, either online or in real life?

K: There’s a Goodreads giveaway, and I’ll have a giveaway on my blog as well as some interviews around the web. No big event, though. I’m getting my toes wet for now.

B: Vaguely described in your book summary, Ravens play a big part in your story. Could you give us a few more sentences explaining what Ravens are? Do they actually look like the bird or are they something entirely different?

K: I’m a huge fan of the X-Men and Gambit (swoon) is mighty hot. I loosely fashioned Ravens after him. Ravens are children who were teleported into a parallel universe where they’re superhuman and are hunted by humans. The colored part of their eyes are white and the white parts are black. They only emerge at night to remain hidden. They have electromagnetic capabilities, are agile, fast, strong, and many have independent powers. For example, Liam can cause illusions in people, read their minds, and he can communicate with Kendra when she’s in our world using telepathy.

B: Even though releasing RAVENS is extremely exciting, you have other books as well. Do you expect to release HELLHOUND any time soon, with this publisher or another one? Are there any other novels in the works?

K: HELLHOUND (paranormal mystery) will release in 2013, but we don’t have a set date yet. As a surprise that I’m announcing with you, because it seems you’ve been with me for so long, I’m terribly excited to announce that my zombie mermaid novel will also be published, hopefully in late 2013 or 2014. I have a few novels I finished in 2012 that haven’t found a home, yet. I hope to have amazing news about them soon.

B: Novels can be hard to write, which is why many authors also write or start out writing shorter works. Do you have any shorter projects you're working on now? Do you have any published?

K: I had two paranormal romance shorts published in 2010, but they are no longer in circulation. I don’t have any projects going right now, although I do have ideas for a RAVENS sequel that will take the crew to one of the three moons in the parallel universe, the one that’s been terra-formed for prisoners.

B: Saving her sister is Kendra's main goal in RAVENS. What are your goals, both for RAVENS and your writing?

K: Every writer wants to see their baby become a hit. I just hope people like it, even if it remains low key. My goals are simple, though not easily obtainable. I hope to achieve some of these goals in 2013: signing with an agent, signing with a major publisher, and eventually, one day, maybe making it onto a bestseller’s list. I think that’s a generic ballpark for most aspiring authors, but a worthy one and one worth fighting for. Blood, sweat, and tears as they say. 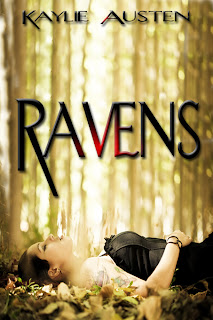 What are Ravens, and are they as the world wants us to believe—sinister and without human qualities? When abruptly taken from their world, select humans are transformed into creatures of the night with penetrating eyes and uncanny abilities that most believe are a threat to mankind. Stripped from their mundane and ordinary lives, these creatures have no choice but to stalk the night and fight back in order to survive.

One such Raven is eighteen-year-old Liam, who uses his telepathy to communicate with Kendra in order to lure her into the transformation. It proves to be a double-edged gambit that turns into a tumultuous journey. Racing against time to save her sister, whom she believed to be dead, Kendra falls through a portal and into a parallel world where humans hunt her. She becomes a Raven with ill-controlled powers, trapped in a torrid affair with Liam, and desperately struggles to find a grip on her new reality. 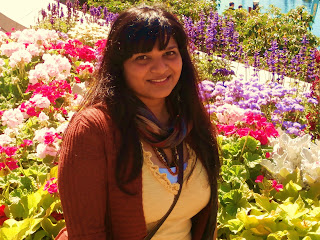 I’ve been writing since the age of ten, and completed two novels before high school graduation. I love to learn, my life is rich with culture, and I’m an undercover nerd.
Posted by Brooke R. Busse at 12:00 AM
Labels: advice, giveaways, interviews, others writing, publishing, writing itself